I enjoy anything that can give meaning to really large numbers. For example, the fractal program I recently started has generated the following image: 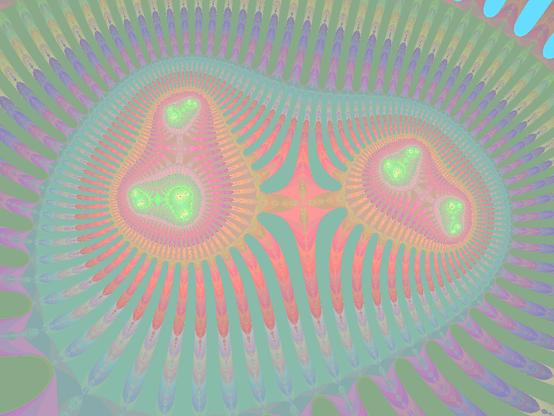 If we take this image to be roughly six inches across (an idea easier to accept if you click and view the enlarged version), and try to describe the size of the entire fractal at that scale, it turns out to be so large that if you start with some object whose length is the diameter of the observable universe, it would take ten million of these objects for every possible chess position (the Wikipedia puts the number of chess positions at approximately 1050) laid end to end to span it.

And I only just started a couple weeks ago.