Despite having a pile of ideas and plans, and of course never enough time to implement them, I was able to heave out some planned and requested features for the Polyomino Tiler.

There are a handful of minor UI improvements, and two major new features. The first is the ability to specifically assign colors to certain tiles, as well as expanding the list of provided colors and allowing for arbitrary colors (in hex format) to be added. That and the fact that the heptominoes are now also included enable the following image: 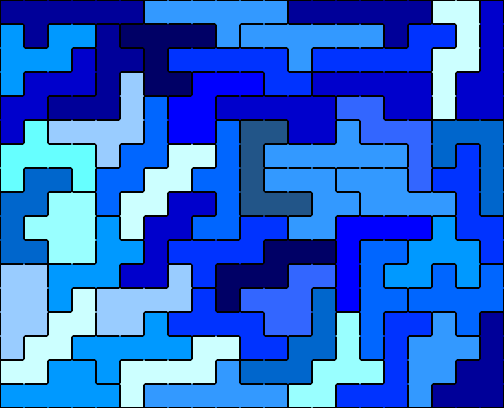 The second new feature is the ability to distinguish between pieces in a one-sided mode, as well as a fixed mode. By “distinguish”, I mean both that you can decide to include or exclude a particular variant, as well as assign variants their own colors (as the following two images illustrate, respectively). 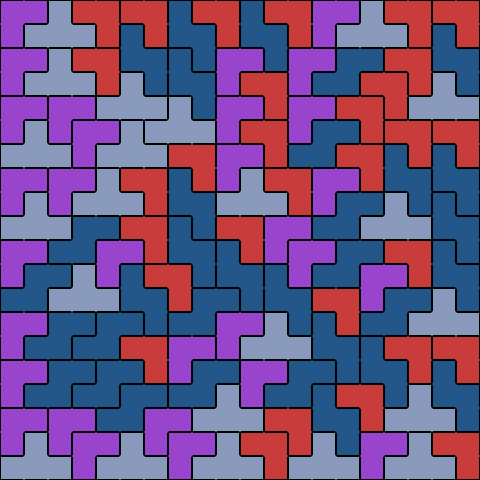 The above image has the ‘T’ tetromino fixed at one orientation, the ‘S’ tetromino as one-sided, and two fixed variants of the ‘L’ triomino. The image below is all one piece, colored differently for each of the eight orientations. 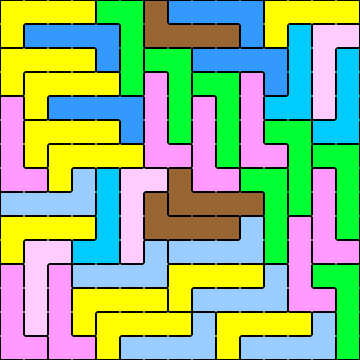