Considering the strong correlation between my 20-month blog silence and the amount of time I've spent playing with baby toys in the interim, it seems appropriate to start back with a post about those baby toys.

To start with there are a whole slew of these broken colored rings lying around, presumably intended to be linked together in a chain. 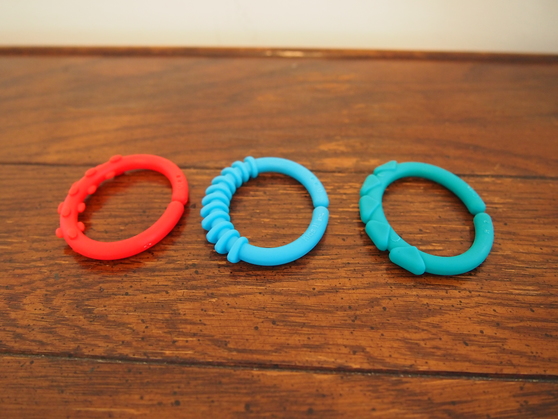 I noticed that the oblong shape allows them to be assembled into Borromean rings. 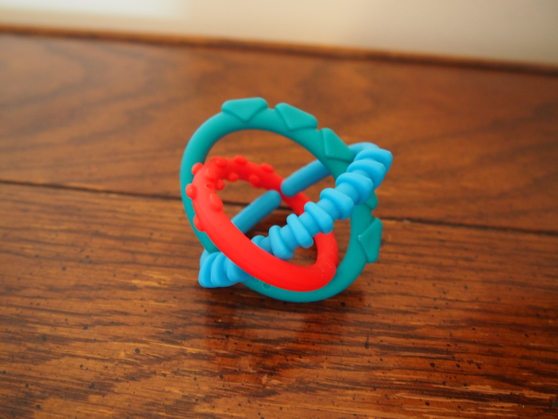 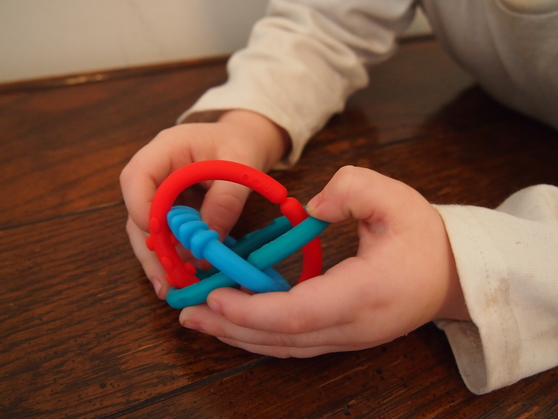 Then there are all of these stereotypical wooden cubes. 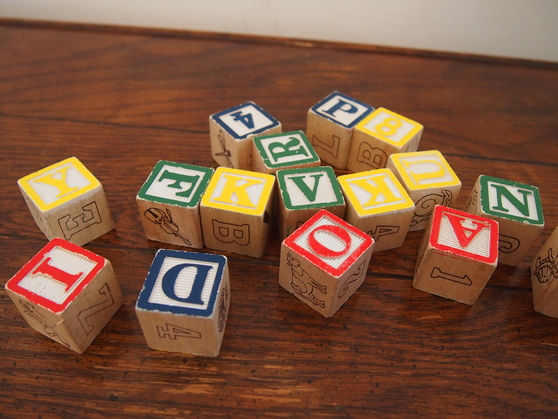 It's probably pretty common to probe the limits of top-heavy structures. It occurred to me to try a single block with two blocks atop it, three blocks on the next layer, and so on as high as possible. 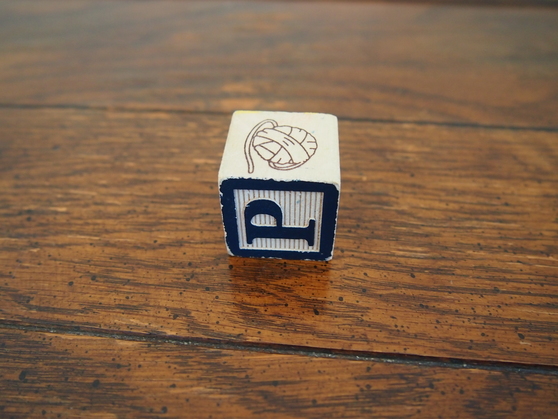 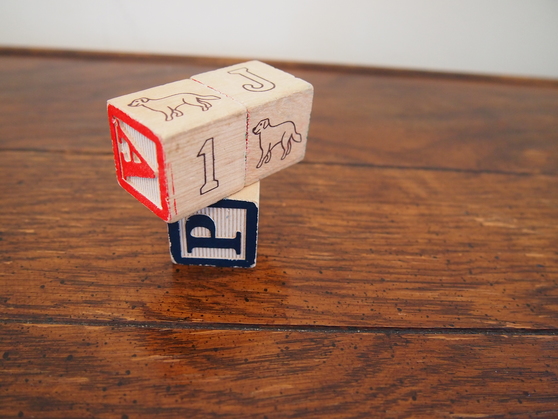 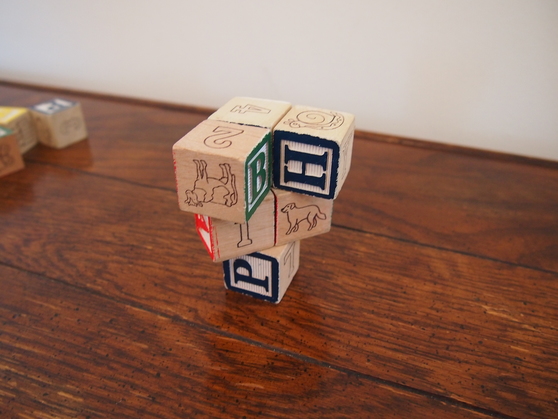 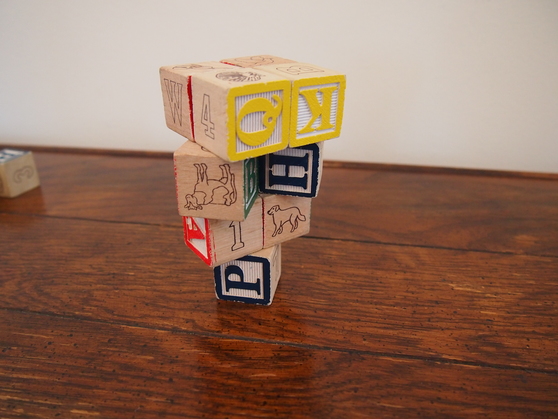 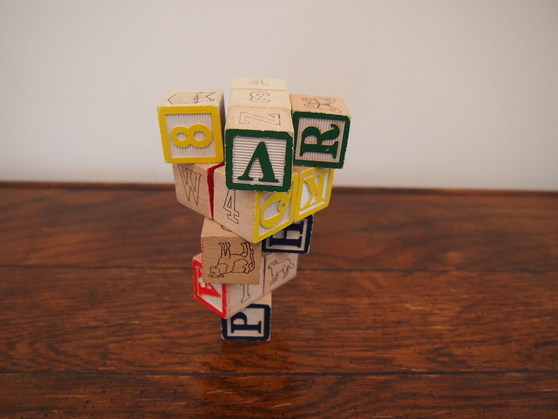 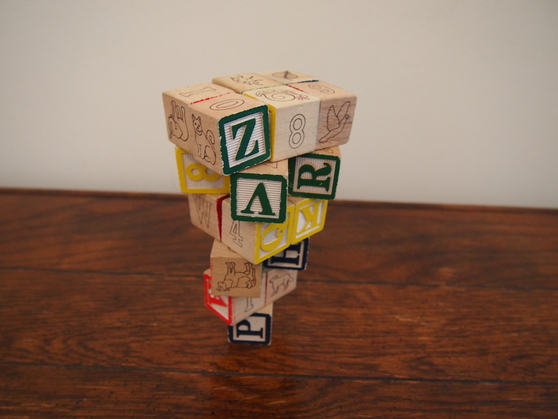 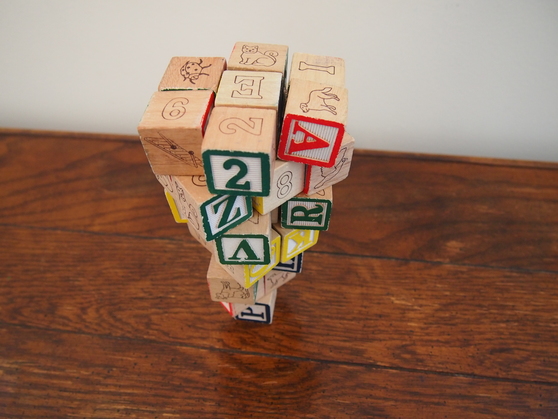 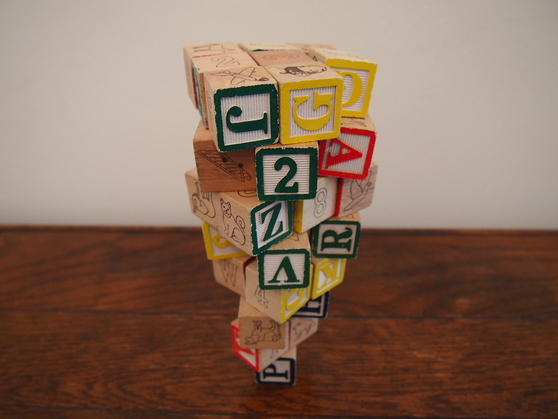 After eight layers I ran out of the standard style of blocks and had to fall back on the alternate. 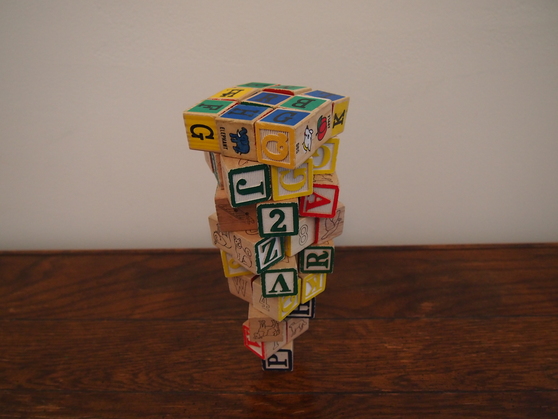 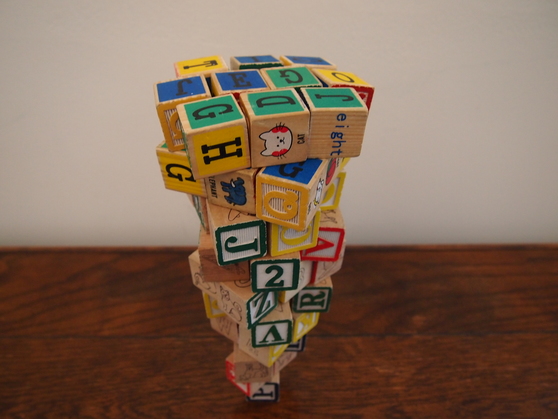 I tried adding an eleventh layer but everything started falling over at that point. 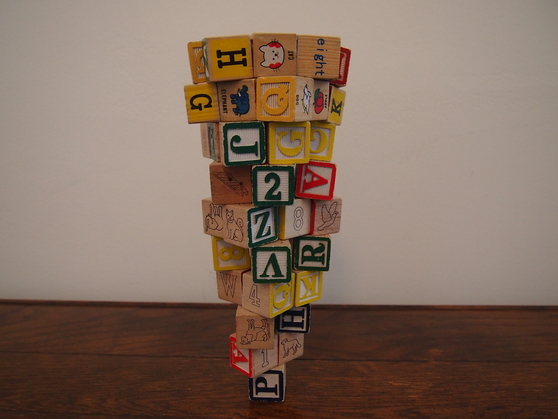